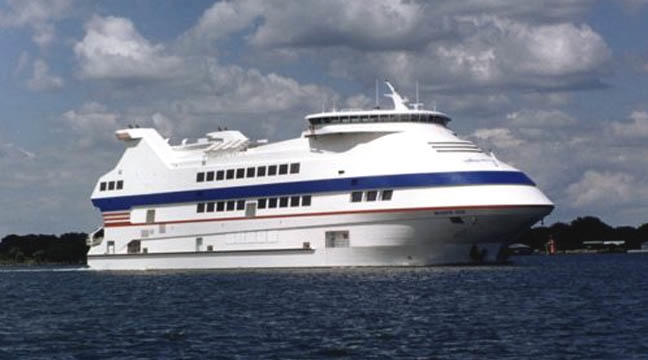 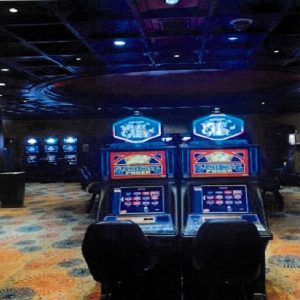 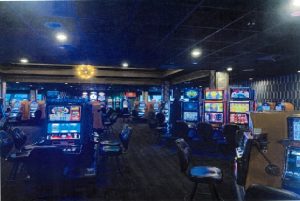 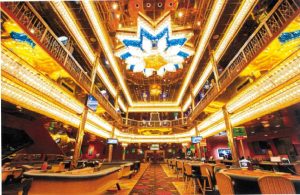 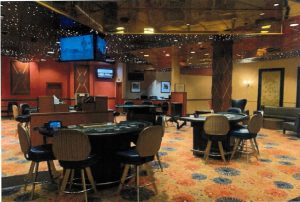 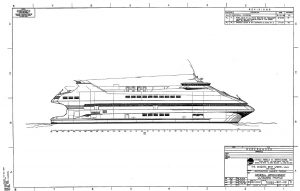 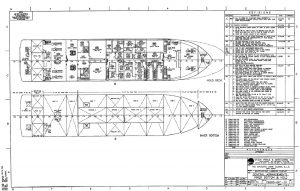 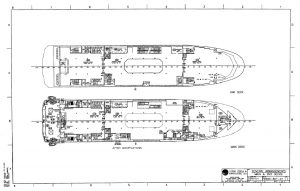 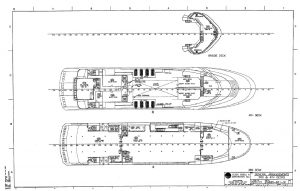 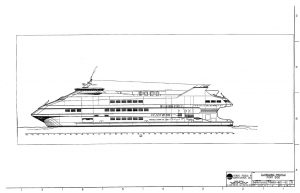 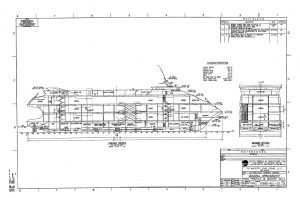 The vessel was built as an all welded steel gaming vessel complying with provisions of USCG Subchapter H (CFR 46, Parts 70 to 90), NVIC 9-93 and USCG regulations for intact and damaged stability for vessels operating on inland waters. Capacity of the vessel is 3500 persons.

A Four story enclosed superstructure is constructed above the main deck to provide for 3 decks of gaming space. The vessel is currently outfitted for 1100+ gaming spaces. Each gaming deck is comprised of 3 zones with structural fire protection boundaries. An open atrium is constructed between the main and 2nd decks. Passenger spaces entail approximately 45,000 square feet. Each passenger deck has 2 restrooms and a bar. The main deck also has an additional set of restrooms and food preparation/counter area. Vessel outfitted with 2 elevators and 4 escalators.  A fully outfitted pilothouse is located near the forward end of the uppermost deck. The below deck areas occupies propulsion, auxiliary machinery, associated tank age, marine storage, and with various gaming support function spaces. Access to below deck areas is via enclosed stairways.

The main machinery consists of four electro-hydraulic Z-drives. Electrical power is provided by four diesel driven generators. An emergency generator is installed in a house on the starboard side of the uppermost deck. HVAC supplied by 4 trane 300 ton rotary screw chillers